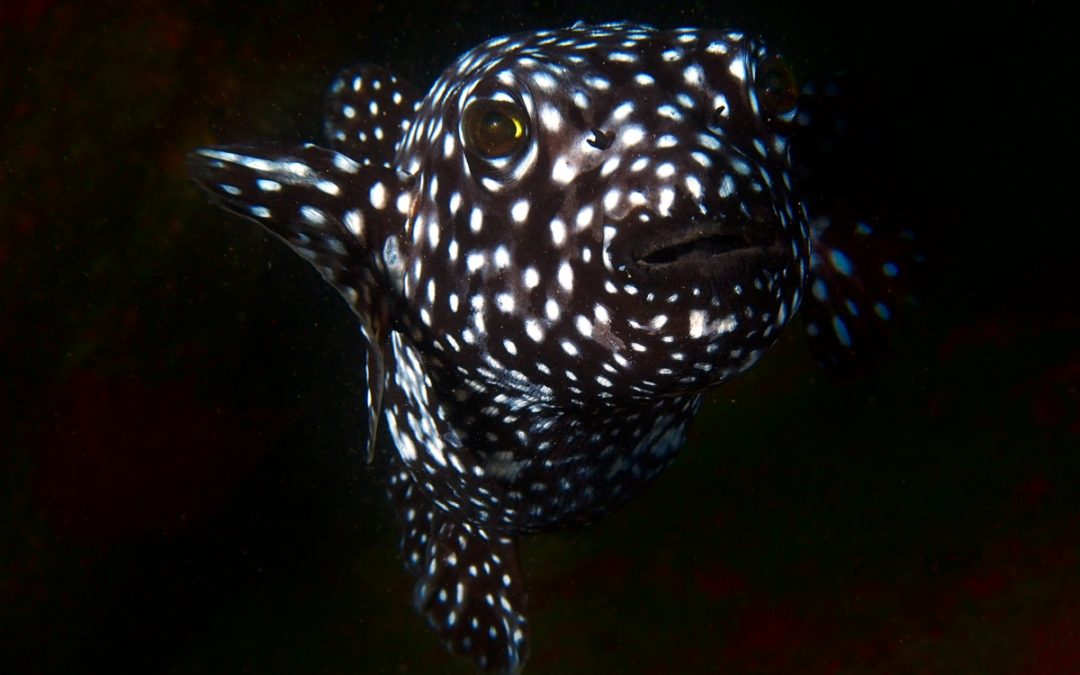 This puffer is named for the stage of its life where it is deep blue to black with white spots over the entire body. It has a second transitionary stage where its’ body is patches of yellow and patches of the black and white speckled pattern. In the third and final stage, it is called the Golden Puffer and is yellow.

This puffer is pricy with those in the final stage being the most expensive. Because it rarely changes stages in captivity you should buy it at the stage you like best. This puffer has a fused tooth which it uses to crush prey. It is important to feed shrimp with the shell on and clams on the half shell to help were down its beak. In worse cases, it can be sedated with clove oil for teeth trimming.

Remember when transferring puffers to chase them into a container and not expose them to air. They can injure themselves by puffing up with air.