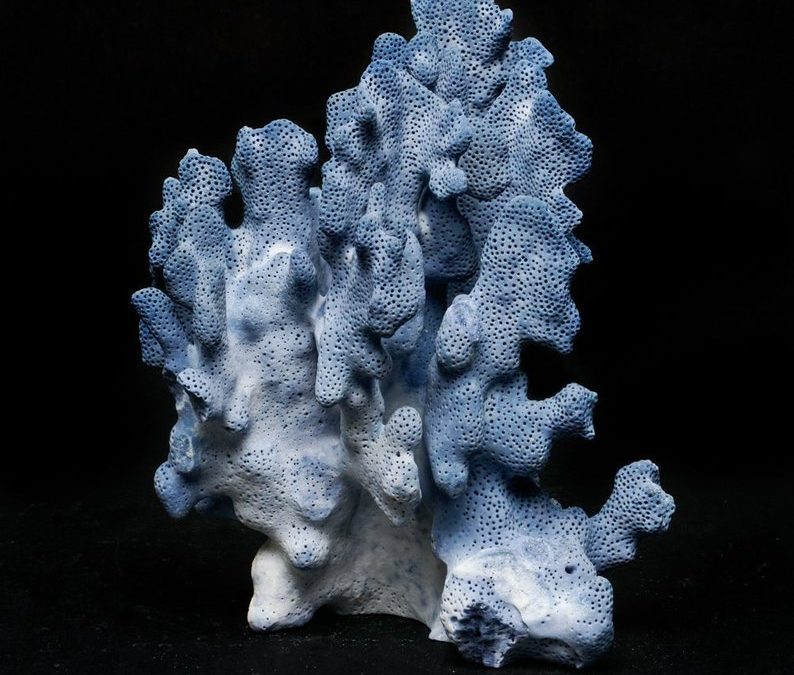 The Blue Ridge Coral skeletons are commonly sold as dead bleached coral decorations. It is often mistaken for a small polyp stony (SPS) coral because of this hard exoskeleton. It really is an octocoral (soft coral) with long, thin polyps and its growth forms are branching, plate-like, columnar, or encrusting. Its body is composed of calcium carbonate and iron salts, which lend its distinctive blue color with brown or light blue polyps.

Blue Ridge Coral is generally peaceful towards other corals and as with most coral, it will do best when added to a well-established tank. It requires medium to strong water current and moderate to high lighting. It receives most of its nutritional requirements through photosynthesis from symbiotic zooxanthellae algae. It will feed on micro-plankton or foods designed for filter feeding invertebrates but does not require additional food to maintain its health and grow.