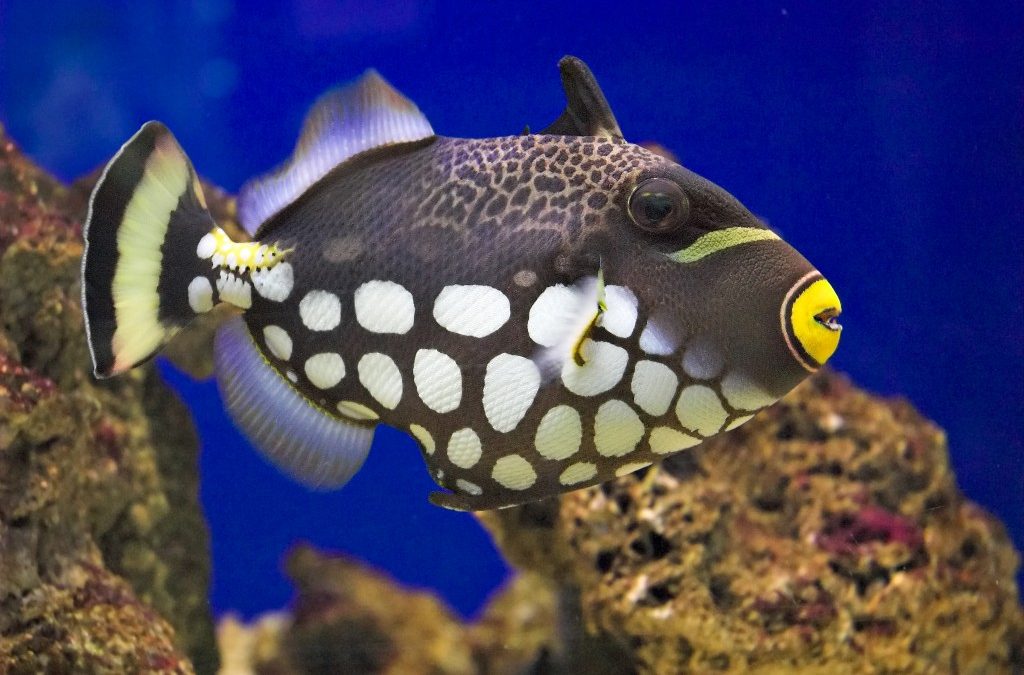 The Clown Triggerfish is quite popular due to its unique dramatic coloration. It eats primarily shellfish and other invertebrates in the wild and will also do so in the aquarium making it more appropriate for a fish only aquarium rather than a reef. It is often believed to be one of the most aggressive aquarium fish, but there are many more aggressive triggers and other fish. The clown trigger will be less aggressive when small and housed in a larger tank.

This fish should be one of the last added to the tank and should be purchased a bit smaller than its tankmates which should be other large aggressive fish. Like all large predators it should be fed a varied diet of meaty foods including; squid, krill, clams, small fish and hard shelled shrimp to help wear down their growing teeth.